Aurelia Marcella’s adventures are all published in print and as ebooks, and the first three are audiobooks too. Confusingly (well a little!) three of them have more than one cover following re-issues in the USA and then publication in Britain, and the first in the series has changed its title. No problem. Wherever you live, whatever format you like to read, you can find it on-line or through your favourite bookshop. Readers in Britain can buy signed copies direct from me through my signed books page. 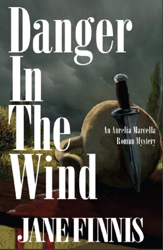 The latest Aurelia Marcella mystery is set in 100 AD, a time of optimism for the Roman Empire and its new Emperor, Trajan Caesar. In the northern province of Britannia, innkeeper Aurelia Marcella runs the Oak Tree Mansio on the road to York, and business is booming. The only cloud on the horizon is that her twin brother Lucius is engaged to marry a beautiful young heiress whom Aurelia regards as empty-headed and unsuitable. Then a more serious problem arises: Aurelia receives a note from her cousin Jovina inviting her to a birthday party. Her cousin (married to a senior army officer) lives at Aldborough, north of York, a small fort where nothing of note ever happens. But that may be about to change. The invitation includes an urgent plea for help because of “danger in the wind,”, and there are alarming rumours of unrest around Aldborough caused by a high-handed Imperial tax collector.

The news is so threatening that Lucius forbids her to go to Jovina’s aid. But nobody can stop Aurelia doing something when she’s made up her mind to it. By the time she reaches Aldborough the danger is real and terrifying, and the birthday party signals the beginning of a nightmare for Jovina and her family, and for the fort itself. 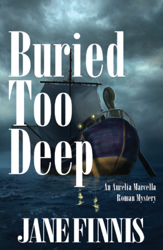 The story takes place in 98 AD, a time of optimism for the Roman Empire and its new Emperor, Trajan. In the northern province of Britannia, Aurelia Marcella shares the general optimism. Her mans on the road to York is prospering, her sister Albia is happily married and settled in the wold country to the east, and her brother Lucius has an easy assignment, salvaging a shipwrecked government cargo with promise of a large reward… But violence breaks out in the wolds, caused by a band of sea-raiders from Gaul harassing farmsteads, and vicious feuding over land between Roman settlers and powerful native farmers. Albia’s family are caught up in this and are in serious danger, and Lucius’ easy assignment turns into a nightmare. He has disturbing family news to impart too, about past events which throw dark shadows into the present.

When the landowners’ hostility escalates into open violence, Aurelia and Lucius have only days to discover who is behind the bloodshed, and reveal the buried secrets of the past, or else the peace of the present will be irrevocably broken. 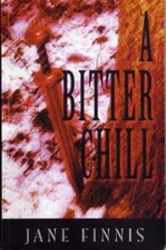 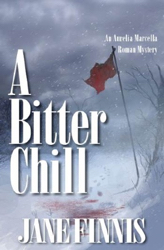 Late December 95 AD, and Romans everywhere, including the province of Britannia, are preparing to celebrate Saturnalia, a time for eating, drinking, and partying. Innkeeper Aurelia’s plans for a peaceful holiday are shattered when her brother brings bad news. An enemy in Rome is trying to destroy her family by spreading rumours that they are plotting against Caesar. To add to her troubles, the mansio is menaced by a gang of native criminals operating a protection racket, and a party of rich, demanding travelers arrive to stay. Their quarrels and violence spill over into Aurelia’s household, and the Saturnalia banquet, highlight of the festival, brings tragic death. Aurelia’s sister Albia is one of the chief suspects.

Aurelia has to leave the quiet countryside for the busy new garrison town of Eburacum (York,) where she must contend with conspirators and crooks, and face personal danger to protect her sister and help her brother. If she fails, her family will lose not just their mansio, but their lives.

SHADOWS IN THE NIGHT / GET OUT OR DIE (Aurelia book I) 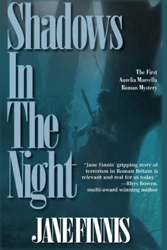 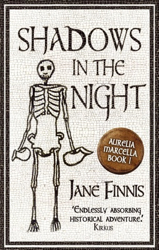 In 91 AD Britannia, is a raw frontier province on the edge the mighty Roman Empire ruled by Domitian Caesar. Though it is almost fifty years since the legions invaded, many native tribes still hate their conquerors and seize any chance to harass the Roman settlers who are flocking in to colonise the new province. Tension is especially high in the north, where Aurelia Marcella, a young innkeeper from Italy, runs the Oak Tree Mansio on the road to York. She says, with typical modesty, that it is the best guest-house in northern Britannia.

Maybe that was true, until a string of savage murders disrupts her peaceful life, and she and her Roman friends find themselves under attack from a secret native war-band, the Shadow-men, whose aim is to drive all Romans out. A traveller, Quintus, is nearly killed close to the mansio, and he and Aurelia set out to track down the rebel warriors, which brings them into personal danger. Can they find and destroy the murderers before their campaign of terror turns into open rebellion?

GET OUT OR DIE (Aurelia book I) 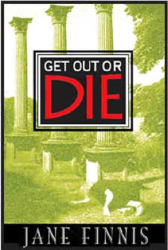 Mainly of interest to book collectors now, a few copies of this original version can still be found, (including the sought-after First of First,) and are available signed from my website.