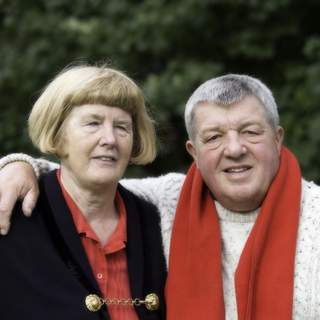 “Write something about yourself,” they said, and I thought wow, at last I can tell the world how brilliant, charming and beautiful I am. Then they spoilt it all by saying, “But stick to the truth.” Oh well…

I was born in Britain, in God’s Own County – Yorkshire, as if there could be any doubt. So was my husband Richard. We didn’t meet in Yorkshire, but in Hollywood – yes, THAT Hollywood, USA, where we were both on holiday. I was a broadcaster then, Richard a computer programmer. We lived in London for some years, but we’re back in Yorkshire now, not far from the beautiful coast. It suits us fine. We’re supposedly retired, though we never seem to be any less busy. 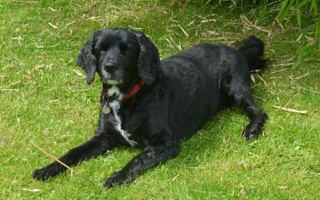 I’ve been fascinated by the past ever since as a child I walked along the straight Roman roads of East Yorkshire, and discovered that York’s mediaeval Minister was built over something even older, a Roman fortress. At school I got completely hooked on Roman history when I read those two masterpieces by Robert Graves, “I, Claudius” and “Claudius the God”. I studied history at London University, and then stayed in London and worked for some years in radio, mostly as a freelance broadcaster for the BBC. I’ve done various other jobs too, including computer programming (which I wasn’t very good at) and shopkeeping, when Richard and I ran a flourishing craft shop at Aysgarth in North Yorkshire. All the while I never lost my interest in the Roman era, and when I finally got time to write mysteries, it never occurred to me to set them anywhere but in Yorkshire, in the early Roman Empire. 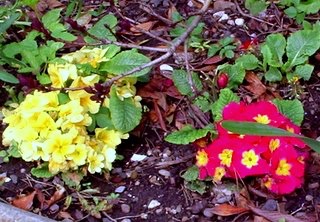 For me, the research I need to do about all things Roman is as enjoyable as the writing itself, and just as important – if you’re creating historical mysteries, you’ve got to get the history right. I also like travelling, (we both still have itchy feet,) gardening, and playing my guitar. And we both enjoy the company of dogs. Sadly at present we only have one spaniel, Rosie, who’s ten. Copper, our older and much-loved golden spaniel, died late in 2016. Maybe we’ll find another spaniel…Copper will be a hard act to follow…meanwhile Rosie takes us out for walks and has got us pretty well trained. She is from a working strain of cocker spaniels, (they’ve been used as gun-dogs for centuries,) so she’s smart, affectionate, and has a lovely laid-back outlook on life. 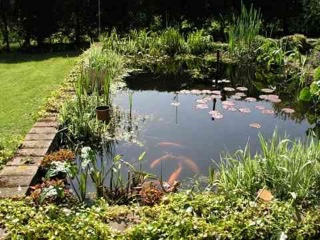 Our garden is quite large and produces gorgeous flowers and tasty vegetables. Richard is the head gardener, I mostly supervise and enjoy the results. One of its best decorative features is Richard’s pond, with plenty of wildlife including fish and also frogs, which come out to play on sunny days. Our flowers attract some beautiful butterflies, and birds of all sorts visit our bird-table – woodland ones like blackbirds, thrushes, chaffinches, and robins, swallows, pigeons (too many!) and also gulls, as we’re not far from the sea. Squirrels from the nearby woods come to be fed too, and their athletic antics as they raid the bird-feeders not really meant for them are great fun.

I still mess about with computers, and am glad they are quite unlike the huge room-sized mainframe beasts I worked on when I started as a programmer. I use a desktop machine to write with, as I think most writers do, and I wouldn’t be without emails and the Internet for all the fish sauce in Ancient Rome. I’m partially sighted and tend to have trouble reading the screen, so I have special software on my PC which can “talk” whatever is showing on the monitor, and speak out keys as I type.

If you have questions or comments about my books, or simply want to say hello – and I love hearing from fellow enthusiasts for historical mysteries – then drop me a message. My email address is jacopsey@gmail.com. Or if you prefer, write to me at: